A Good Idea to Include Activities & Interests on Your Resume? 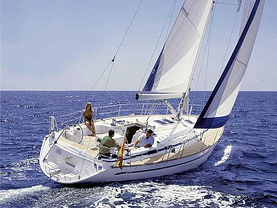 There's been a trend in resume writing - particularly executive resume writing - to leave off interests and activities unrelated to the person's profession. The thinking was that it's not a good idea to distract readers from the person's consistent career brand as described in the resume. Those extras have been considered simply irrelevant.

But I was struck to read about some research that has implications for what a job seeker should do about this matter. Craig Lambert, in a Harvard Magazine article about Harvard researcher Amy Cuddy, discusses the finding that competence in one area generalizes to overall competence. So, if a job seeker lists "sailing" as an interest, the reader will be more likely to think that that person is competent in his/her job.

My new advice? It doesn't matter how removed the interest or activity is from your profession, include it if it demonstrates an ability or skill that you have. Cello playing for a CFO. Competitive swimming for an IT manager. Sled dog racing for a construction manager.

You get the idea. You'll be considered better at what you do for a living than a comparable competitor with no interests / activities.